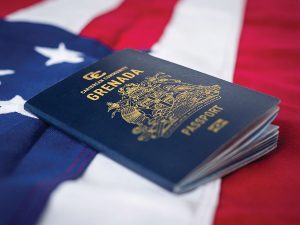 Following the recent announcement of India’s Finance Bill 2021, high-net-worth individuals who are based in India with business interests in countries such as Qatar and the UAE, as well as NRIs, are now exposed to the possibility of taxation on their overseas earnings.

One solution for Indians and high-net-worth individuals from developing nations who wish to protect their wealth is applying for citizenship in the Caribbean island of Grenada. Aside from a hedge against increases tax and other political challenges that second citizenship provides, investors and their families may travel visa free to 140 countries around the world, as well as have the option to apply for residency and set up a business in the United States within around six weeks through the E2 visa program.

Mohammed Asaria, the Managing Director of Range Developments, an authorised developer of government-approved citizenship by investment real-estate projects (in St Kitts, Grenada and Dominica), has assisted more than 4,000 people from across the globe obtain second citizenship by investment (CBI). His company have completed the world renowned Park Hyatt St Kitts and the Kempinski Dominica resorts.

Through obtaining second citizenship and relinquishing your original nationality, one falls outside the scope of these extraterritorial tax regimes.

Range Developments is currently developing the Six Senses La Sagesse resort in Grenada and Asaria’s business has an affiliated presence in the UAE through Range Immigration Services.

He says that, not only does Grenada’s CBI programme protect individual’s assets from potential taxation but it also offers a host of additional advantages. “For a minimum investment of $220,000, successful applicants have access to a range of benefits including a second passport that allows people to apply for residency in the United States through the E-2 visa and the option to set-up a business in the country. Residents’ families are also able to reside in the US, allowing them to access the country’s outstanding education and health institutions,” he says.

“All offshore incomes which are earned from businesses set up in or professions controlled in India are taxable in India. Hence, if there is a Dubai company owned by such a UAE resident but the same is controlled from India, then the entire income earned by the NRI from this venture could now be taxed in India. This opens up a can of uncertainties and potential litigation for Indian citizens resident abroad in such tax havens,” he says.

“It should be noted that these provisions are only applicable to Indian passport holders resident abroad (NRIs) and not to Overseas Citizens of India who may have citizenships of other nations.”

Dr Shah says that these new rules could have far-reaching consequences for wealthy Indian citizens with business interests in GCC countries and beyond. “The Finance Act 2020 introduced the concept of a deemed tax resident of India. It states that any citizen of India who has Indian income greater than Rs1.5 million in a financial year and who is not liable to tax in any other country by virtue of his domicile, residence or any other criteria of a similar nature shall be deemed to be a tax resident of India.

“The Finance Bill 2021 seeks to define the phrase “liable to tax” as meaning that ‘there is a liability of tax on that person under any law in any country and shall include a case where subsequent to imposition of such tax liability, an exemption has been provided.”

Dr Shah also says that although NRIs are not required to declare their global assets in India or pay taxation on their global income, there remains some uncertainty about the implications for Indians residing in tax havens such as Dubai. “This proposed definition is in keeping with several decisions of the Authority for Advance Rulings of India which in the past held the view that if there is no income-tax in a country or there is no Income-tax Act in that country, then an individual cannot be said to be liable to tax in that country and hence, he would not be a tax resident of that country. Thus, there must be a tax regime to start with. After that it is fine if the regime exempts him from taxation by virtue of some provision.”

Asaria points out that other countries, such as Argentina, may also be planning to review their tax legislation for wealthy citizens as they attempt to rebalance their budgets following the financial impact of the coronavirus. “Sometimes the best way to win a battle, is to avoid the battlefield. Through obtaining second citizenship and relinquishing your original nationality, one falls outside the scope of these extraterritorial tax regimes. ”