Heightened anxiety due to the dire situation in Lebanon is leading HNWIs to seek second citizenships as a ‘hedge’, according to Range Developments founder

As Lebanon’s socio-economic situation continues in its downwards spiral, many Lebanese high net worth individuals (HNWIs) are turning to citizenship by investment (CBI) as a hedge for a more prosperous future for them and their children.

While HNWIs in emerging markets are typically content to live and work their native countries, which tend to be more financially rewarding compared to mature markets, this comes with additional risks that can sometimes be deemed too high, explains Mohammed Asaria, founder and board member of Range Developments.

“The day that this risk is alleviated to a level where it no longer makes financial or operational sense to continue assuming it, then second citizenship comes in to play an important role,” said Asaria 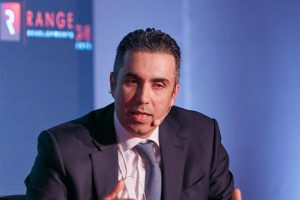 Mohammed Asaria, founder and board member of Range Developments.

“It’s the hedge that they’re looking for as it allows them to mitigate the potential fiscal, social or political risk they could come under,” he continued.

Asaria said that Lebanese living abroad, mainly in West Africa, are also seeking CBIs because of the unstable situation in their home country (as well as the current country of residence) where they can no longer envision a future for themselves.

Among the reasons second citizenships are coveted by individuals from emerging markets is that they can facilitate their financial affairs – allowing them to open offshore bank accounts more easily – and allow them to travel visa-free to numerous countries at a whim, an important element in a volatile country like Lebanon, explained Asaria.

But perhaps the biggest benefit to second citizenships for Lebanese these days is the potential to develop themselves in a more mature economy and create a better life for their children.

And the ideal country for that benefit is the eastern Caribbean’s Grenada which is the only CBI country which gives investors access to the world’s largest economy, the US, under the E-2 visa, said Asaria.

“People are now looking for a full solution which allows you to travel at times of stress when the country is passing through a difficult situation or indeed for business growth and pleasure,” explained Asaria.

“The European citizen programmes have long lead periods:  the only expeditious citizenship programme which provides access to mature economies today is Grenada, because of the US angle,” he added.

Because Grenada has been a signatory to the US E-2 treaty since 1983, its citizens can opt to set up their own business in the US and then apply for the E-2 visa.

An E-2 visa allows an investor to live and do business in the US in exchange for a “substantial” investment (minimum recommended threshold is $150,000 in the US).

Among the benefits of the E-2 visa, which Grenadians can obtain in six weeks, is that the investor’s spouse can join and apply to work anywhere in America.

Also, their children are awarded the same benefits as US citizens in American universities, meaning reduced fees and a higher chance of admissions (since they apply within the domestic pool versus the international one); they are also entitled to free public high school education.

“Acquiring economic citizenship is a long term investment and most people opt for it with their children in mind,” said Asaria. 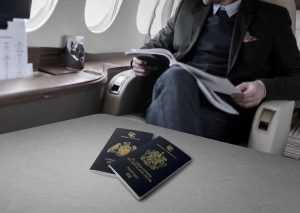 “Accordingly, they choose the programmes which have the best benefits for them and in Grenada’s case, easier access to an American education for their children is certainly attractive,” he continued.

Another attractive feature of the E-2 visa versus other US immigration options is that recipients who spend less than 122 days a year in America are not taxed on a worldwide income, “a significant advantage over other options such as the EB-5, which sees holders taxed from the outset,” said Asaria.

Citizens of Grenada enjoy travel to over 130 countries, including the UK, without the hassle of obtaining a visa prior to departure, another appealing feature for investors in instable countries like Lebanon. 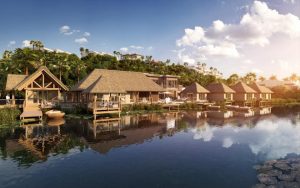 A Grenadian citizenship also awards its recipients travel to China, and advantage over other Caribbean peers.

To apply for CBI in Grenada, individuals need to investment a minimum of $220,000 (plus associated government fees) in a Range development project in the country.