How to secure second citizenship and US residency 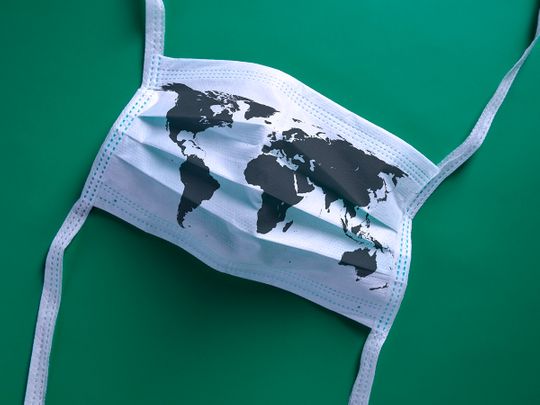 In an April interview with the Financial Times, French President Emmanuel Macron said that following the coronavirus, “it’s going to change the nature of globalisation.”

Writing for The Guardian, professor of economics and public policy at Harvard University, Kenneth Rogoff, said, “The post-pandemic world economy seems likely to be a far less globalised economy, with political leaders and publics rejecting openness in a manner unlike anything seen since the tariff wars and competitive devaluations of the 1930s. And the by-product will be not just slower growth but a significant fall in national incomes for all but perhaps the largest and most diversified economies.”

Rogoff said that while developed nations with large and established economies, such as the United States, could see a decline in GDP as a result of deglobalisation, it is developing countries that are likely to be hit hardest.

Mohammed Asaria, Managing Director and Board Member of Range Developments, says that the majority of his clients seeking second citizenship are from emerging markets. “Second citizenship is no longer viewed as luxury but an asset for high-net-worth individuals from developing economies.”

He says that while the middle classes in emerging markets are more likely to be price-sensitive, high-net-worth individuals continue to seek the security of more stable economies.

Asaria’s business, Range Developments, is the developers of the Park Hyatt St Kitts, Kempinksi Dominica, and the Six Senses Grenada in the Caribbean.

By investing US$220,000 (plus government fees) in a state-approved real estate project in Grenada, individuals can become eligible for citizenship. By subsequently investing in a viable business in the US (there are no statutory prescribed minimum amounts), individuals can apply for the residency in the United States through an E-2 visa in around six weeks.

According to Asaria, since the pandemic, a large number of people are seeking second citizenship. “We are seeing a lot of second generation Arab expatriates, NRIs, Russians and Africans look at the threat of deglobalisation and looking at Grenada and the US E-2 visa.”

Following the disruption to international supply chains and travel following the outbreak of COVID-19, Asaria believes that investors are looking for stability for their families and businesses.

“Those who are seeking a safe haven could secure Grenadian citizenship with a US E-2 visa and start a business in Miami within nine months, obtaining access to the world’s largest economy for themselves, their families and their businesses, and all for between US$400,000 to US$500,000.

“In the case of Grenadian citizenship, applicants’ spouse and children below the age of 21 are also eligible for E-2-dependant visas. The dependents spouse can also apply for authorisation to work anywhere in the United States.”

Grenadian citizenship also permits attractive visa-free travel advantages (including the Schengen region, UK, Russia, China and in total close to 140 countries globally), although Asaria sees this as a required expectation rather than a primary consideration in the current climate. The ability to have the option to migrate to a mature market is nevertheless often at the forefront of high net worth investors’ minds.

Taxation in a deglobalised world

Second citizenship in Grenada, while offering residency to the United States through the E2 visa, does not require investors (subject to being present in the US for less than 122 days in a year) to pay US taxes on their non-US income from the worldwide US taxation system, which is especially attractive to investors such as NRIs who are concerned about increasingly deglobalised government agendas.

The US, even before the coronavirus, was urging firms such as Apple and Intel to build plants at home.

According a May 14 article in the Economist, “Around the world, public opinion is shifting away from globalistion.”

We’re currently living in a reality where many governments and central banks are asking taxpayers to underwrite national businesses through stimulus packages, subsequently shifting populations’ incentives to these firms’ survival.

According to Asaria, such seismic economic shifts have changed investors’ reasons for seeking second citizenship since the pandemic.

He refers to three types of clients who commonly seek second citizenship. The first are investors looking to liquidate their businesses in emerging markets and reinvest their capital in advanced economies such as the US, avoiding the risk of exposure to economic, political or social challenges in their home countries.

The second group of investors are often those with substantial, globalised businesses who are increasingly seeking to establish a physical presence in developed markets such as Europe United States to combat deglobalisation and forge closer relationships with clients in key markets.

The third segment are those looking for a better quality of life with increased standards of health and education.

“All three groups of investors will invariably require a second citizenship that provides access and residency in advanced economies such as the United States,” he says.

Back to Articles
Scroll to Top
×

Thank you for your interest in our Citizenship by Investment programs. Our current project, Six Senses La Sagesse in Grenada, offers investors the opportunity to invest in Grenada and receive Grenadian citizenship, and access to reside and work in the United States. Please click the icon below to chat with a Range Developments representative.