Q&A: Is India seeking to tax NRIs in the Gulf?

India’s new law looks to collect taxes from Indians living abroad who wouldn’t normally have to pay taxes, even if they don’t set foot in the country for a single day 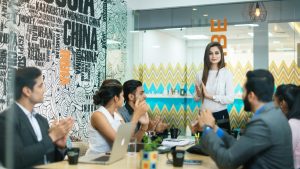 Any Indian citizen who is a resident of a country where he is not liable to tax, would be deemed to be an Indian tax resident if their total income in India exceeds 1.5 million rupees ($20,225)

There are many Indian business people in Dubai and other parts of the Gulf who run businesses who are not paying tax where they reside. The Indian Government’s philosophy with the new Tax Residency Law seems to be that they should pay tax in India in lieu.

Shah has studied the new Indian tax laws and outlines some of the implications for anybody living in a country where income tax is not levied. Asaria has assisted many NRIs to obtain Caribbean Citizenship in countries such as Grenada, St Kitts & Nevis and Dominica, to alleviate some of these tax implications.

Shah: Any Indian citizen who is a resident of a country where he is not liable to tax, would be deemed to be an Indian tax resident if their total income in India exceeds 1.5 million rupees ($20,225).

Shah: From this financial year, the Finance Act 2021 provides that unless a country levies income tax on a person, they would be treated as not being liable to tax. In other words, there would be an income tax liability in India on them.

How many days can they stay in India before they become a tax resident?

Shah: That’s the interesting and worrying thing. An Indian citizen of such a country could become liable for Indian taxes even if they do not set foot in India. 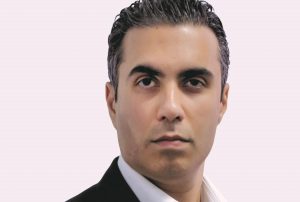 This only affects Indian passport holders?

Asaria: Correct. These regulations only affect non-resident Indians (NRIs). If you are of Indian origin and live abroad but hold a foreign passport, you are not affected by these provisions. For instance, citizens of the Caribbean nations such as Grenada who are residing in jurisdictions where no income tax is levied are considered outside the scope of these provisions.

How does one avoid this tax liability?

Asaria: There are perfectly legitimate ways to avoid a large tax bill. If you are a non-resident Indian who holds a foreign passport, this law does not catch you. Purchase of a share in the Six Senses La Sagesse, Grenada, for example, which also can lead to citizenship of Grenada, is a legitimate and cost-effective way of tax planning.

How do you become a citizen of Grenada and what sort of costs are involved?

Asaria: Investors can obtain citizenship of Grenada through an investment in the Six Senses development for $220,000. In addition, there are the benefits that citizenship of Grenada provides, such as visa-free access to UK, Schengen, Russia and even China with the opportunity to live in the United States via its E2 programme.

Shah: As you know, OCI stands for an Overseas Citizen of India. However, under the Citizenship Act of 1955, OCIs are not actually Indian citizens. This Act merely provides for registration of these persons as OCIs. To be treated as an Indian citizen, you must hold an Indian passport.

How do you obtain an OCI Card and relinquish your Indian Passport?

Asaria: Renouncing of one’s Indian passport can be done at the Indian Consulate. A number of forms have to be completed at the embassy and signed. The process takes approximately one week.

In terms of obtaining the OCI Card, the online registration form needs to be completed and you need to upload your photo, signature and required documents. Once the form is submitted, the application decision could take up to six weeks. 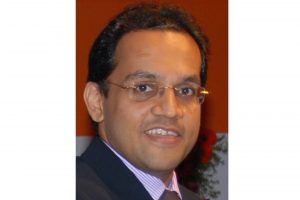 Is the global income of Indian residents now taxable in India?

Shah: No. This is India’s move towards a tax regime like that of the United States’. However, most foreign income of tax residents continues to be exempt from taxation in India. Thus salary, rent, interest, capital gains earned abroad would not be taxable in India.

However, if a person earns any income from a business controlled in, or a profession set up in India, then that income becomes taxable in India.

Do you see an exit tax being levied on Indian Citizens surrendering their passports?

Asaria: Yes, it’s possible. The United States already does this, levying a tax equivalent to around 25 percent of net capital gains on the day of expatriation. With India expected to move to global taxation, it’s almost inevitable that an exit tax will become law soon.

I would advise any NRI thinking of expatriating and proceeding with citizenship of another country to accelerate the process. Any delay could be very costly.

Does the deemed resident become an ordinary tax resident?

Shah: No. A deemed resident would be deemed to be a resident but not ordinary resident (RNOR). The benefits of being a RNOR are that an NRI’s foreign income shall not be taxable in India, and that the NRI does not have to file Schedule FA on foreign assets in his income tax return.

Do UAE residents have nothing to fear?

Shah: They should not be fearful, but they should be cautious. If the UAE resident only has non-business income, then there is no change.

However, if they have a foreign business entity, such as a company or an LLP, then they may be required to demonstrate whether such a business is controlled from India. If they are unable to prove that, such income would become liable for taxation in India. 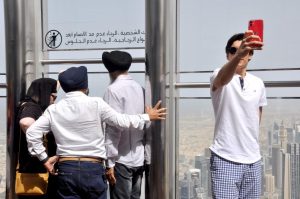 If you are of Indian origin and live abroad but hold a foreign passport, you are not affected by these provisions

Are there other considerations to bear in mind?

Shah: Yes. Compliances with tax audit provisions, transfer pricing provisions etc., may also have to be considered for the business transactions of the individuals. Any payments such persons might make, whether personal in nature or for their businesses would have to be evaluated for their taxability or withholding taxes in India. Some consequences could be harsh.

Can I take benefit of the tie-breaker test in the tax treaty?

Shah: Most tax treaties which India have entered contain a provision for a tie-breaker test in the case of individuals who become residents of two countries. For instance, a person can become a UAE resident by living there for 183 days or more in a year, and at the same time they could also become an Indian resident by virtue of the deeming provisions.

The India-UAE Double Tax Avoidance Agreement provides that if an individual is treated as a tax resident of both India and the UAE, then the tie-breaker would be used to determine their tax residency. Accordingly, factors such as their centre of vital interests, such as permanent home, habitual abode etc., would become determinative factors.

However, relying on the tie-breaker test is not as simple as it sounds. If a person has equal interests in both nations or stronger ties in India, then it would become more difficult to prove that they are a UAE resident.