The E2 visa category has been in existence since 3 July 1815 and over the past two centuries, it has become one of the most popular visa categories under which investors can invest and reside in the United States. Indeed over 40,000 individuals were granted E2 visas in 2019 and relocated to the United States. These individuals emanated from across the globe with a key bias towards Japan, Australia (E3) and Western Europe. The condition precedent for an individual to apply for this category of visa is to have citizenship from a country that has entered into a Treaty of Trade and Commerce with the United States which cements the opportunity for third party nationals to apply for a US E2 visa.

Why has US E2 not been actively promoted by RCBI practitioners until recently?

Historically RCBI [Residency and Citizenship by Investment] practitioners have not actively promoted the E2 visa category. This was for two reasons – firstly, most citizenship seekers emanate from emerging markets and there are limited emerging market countries (where pursuing American Dream is a widely accepted ambition) that have entered into Treaties of Trade and Commerce with the United States. Secondly, until very recently the EB5 [Green card] program was an almost perfect immigration product. However, the EB5 regulatory changes that came into effect in November 2019 significantly reduced the appeal of the EB5 program to a slither of former glory. Since November 2019, the minimum investment thresholds under the EB5 program have risen to USD1.8 million [there is an exception at USD900,000 if your investment is through a regional centre project in a target employment area – a definition which is now very difficult to satisfy]. Even more problematic, green card issuance times can extend up to 15 years for investors from certain countries. Chinese, Vietnamese and Indian nationals face the longest wait times.

With this backdrop, RCBI practitioners are forced to innovate and explore other avenues to fulfil their clients’ immigration requirements. This is background against which the Grenada / E2 route has rapidly risen to prominence. Over the past 24 months, RCBI practitioners have been advocating for individuals who do not have citizenship from a country which has a Treaty of Trade and Commerce with the United States to firstly obtain citizenship from a country that is the beneficiary of such a Treaty and thereafter apply for an E2 visa.

There are three countries with the cost-effective second citizenship programs that can provide this opportunity to investors and when undertaking a comparative assessment of these countries, RCBI practitioners must bear in mind:

(a) Each Treaty of Trade of Commerce has been bi-laterally negotiated – as such the terms of the E2 visa issued under each Treaty has legislative maximums in terms of length, number of renewals and entry restrictions. The US / Grenada Treaty of Trade and Commerce provides for a 5-year maximum length, multiple entry with an unlimited number of renewals. This is the most advantageous of any country. By comparison, Montenegro which also has a CBI program only provides its nationals with the opportunity to obtain an E2 visa for 1 year, which has to be renewed every year.

(b) Grenada citizenship provides investors with the widest visa free travel benefits compared to any of the alternative options. There are more than 130 countries Grenadian citizens can visit visa free including the UK, Schengen, China, Russia and many more. Grenada is unmatched by any of its competing jurisdictions in this regard.

(c) Grenada is politically neutral and stable. Grenada has no desire to be engaged in global politics and provides a stable environment for its citizens; clearly a significant point for individuals who reside in volatile environments. No one wishes to jump out of the frying pan into the fire.

How to obtain Grenada Citizenship and costs involved

With all these factors in mind, Grenada has a clear comparative advantage.

Citizenship of Grenada may be obtained in a cost-effective manner expeditiously within a 90-day period following a detailed due diligence process on the applicant.

This is reassuring for potential applicants, as it ensures the integrity of their new country’s passport will be maintained for the long term. The Head of State, The Honorbale Dr Keith Mitchell, has made this unequivocally clear on multiple occasions – due diligence on applicants is paramount and no short cuts will be tolerated.

In terms of the costs, an investment of USD220,000 (in addition to which certain government fees are payable dependent on the ages and family composition of the family members that will also be applying) into an approved project, of which the Six Senses is the leading project, allows the investor to apply for and obtain citizenship of Grenada. There is a mandatory investment holding period of 5 years, following which the original investor has the option to sell the investment share to another individual who may also apply for citizenship, whilst the original investor maintains their citizenship for perpetuity.

Now I am Grenadian, what are the next steps to obtain a US E2 visa?

Once an investor has obtained their Grenada citizenship, the US E2 visa application may be made. The visa may be obtained in as little as 6 weeks and the application is typically submitted to the US Embassy or Consulate nearest to the investor’s residence or in Barbados (the nearest US Embassy to Grenada). The successful grant of a US E2 visa is dependent on:

The investor makes a Substantial Investment in the United States

The investor must be able to direct and develop the business

Again, this is not a defined term, which means more than a mere board role, however does not require a day-to-day involvement. It does ensure the investor is in control of his own destiny and the profit of the venture is under the control of the investor – this is where an “E2 investment” differs greatly to the EB5 passive investment structure. 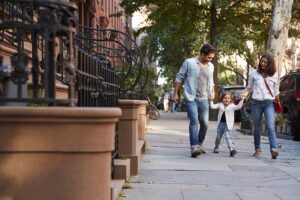 Can my family join me? Can my spouse work in the US? What about education?

It is possible for two nuclear related families to co-own an E2 Business jointly. For example, two brothers could co-own one E2 business. This would be a very cost-effective immigration solution especially given Grenada’s generous definition of dependents.

An E2 investor’s children can study in the US free of charge up to high school and have an opportunity to enjoy in-state tuition fee rates at public colleges and universities (subject to fulfilling residency requirements).

To be taxed, or not, that is the question…

The E2 is a nonimmigrant visa. It is not permanent residency, hence the investor does not automatically fall into the remit of the US worldwide taxation system. An E2 investor may be taxed on his non-US income if he spends more than 122 days in a calendar year in the US. Again, this requires some careful thoughts and we recommend involving a tax consultant from the outset.

Grenada’s citizenship has become one of the most sought-after second citizenships globally, even more so, in the midst of the Covid pandemic. Citizenship of Grenada provides the opportunity to access and migrate to the US, the world’s largest economy in a very expeditious manner, in addition to providing the insurance of a second citizenship in times of stress.